Oracle Cards are useful tools for divination. They are a deck of cards often with words or pictures on. They are very free flowing and allow the artists and readers to craft decks to their taste. Unlike traditional tarot decks. We are not confined to a set number or cards or type of cards. Which makes them brilliant if you want to craft your own deck.

How to use Oracle cards

Oracle cares can be used on their own or with tarot cards. You can use them in traditional tarot card spreads or on their own as single cards. As well all divitantion tools they are using your intuition. First relax and focus on your question. It’s a good idea to have a layout or amount of cards in your mind but feel free to flow with what your intuition tells you. Then shuffle your cards and pull the cards you feel drawn to. When reading them some use the books provided with the decks other simply use the cards to trigger their own intuition depending on the reader.

Crafting your own oracle deck.

Many readers often craft their own oracle decks to use in their practice. Many people use playing cards or simple blank paper cards to write down words of meaning to help them with their readings. Because of the freedom they provide you as a reader are free to craft them in any way you like. Some people even use things like magic the gathering cards as oracle cards or colourful postcards.

You don’t have to stick to a set number of cards either. The Rider-Waite tarot deck has 78 cards in the deck, But oracle deck sizes are up to you. They could be as low as 10 or even 100 or more cards. I would make sure that you make them small enough to comfortably shuffle and big enough that you feel like you have enough variation in the deck.

It can be also helpful to find a theme for your oracle deck. It may be a subject such as messages from your soulmate or simply questions. Many oracle decks have themes such as love, romance, career, life purpose, messages or simply themes like dragons, cats or fairies. Knowing your theme before you start crafting your deck will help you to get inspiration for cards.

Many oracle decks combine a picture, card name and text. But some are simply text.   Many popular oracle decks have a large picture predominantly on the deck and a small title followed by a description of the card.

Use whatever you feel comfortable with but starting with text may help you define the cards in your deck before you add in images. Though use what you find comfortable with and what resonates with you.

Where did Oracle decks come from? 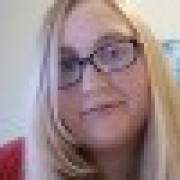 With Product You Purchase

Currency
Free Tarot Newsletter
Follow Us
Recent Tech News
Facebook Twitter LinkedIn Tumblr Pinterest Reddit Messenger Messenger WhatsApp Telegram Viber
Back to top button
Close
Currency
Popular Posts
Free Tarot Newsletter
Most Commented
Recent Comments
We use cookies on our website to give you the most relevant experience by remembering your preferences and repeat visits. By clicking “Accept”, you consent to the use of ALL the cookies.
Do not sell my personal information.
Cookie SettingsAccept
Manage consent

This website uses cookies to improve your experience while you navigate through the website. Out of these, the cookies that are categorized as necessary are stored on your browser as they are essential for the working of basic functionalities of the website. We also use third-party cookies that help us analyze and understand how you use this website. These cookies will be stored in your browser only with your consent. You also have the option to opt-out of these cookies. But opting out of some of these cookies may affect your browsing experience.
Necessary Always Enabled
Necessary cookies are absolutely essential for the website to function properly. These cookies ensure basic functionalities and security features of the website, anonymously.
Functional
Functional cookies help to perform certain functionalities like sharing the content of the website on social media platforms, collect feedbacks, and other third-party features.
Performance
Performance cookies are used to understand and analyze the key performance indexes of the website which helps in delivering a better user experience for the visitors.
Analytics
Analytical cookies are used to understand how visitors interact with the website. These cookies help provide information on metrics the number of visitors, bounce rate, traffic source, etc.
Advertisement
Advertisement cookies are used to provide visitors with relevant ads and marketing campaigns. These cookies track visitors across websites and collect information to provide customized ads.
Others
Other uncategorized cookies are those that are being analyzed and have not been classified into a category as yet.
SAVE & ACCEPT
Close
Close
Log In